Why the Vaccine Lottery Is Not a Sure Winner

An online advertisement pops up and reads: “Maryland: Get Your Shot at $2 Million!” Later that week, the Wall Street Journal publishes an article with the headline “New Yorkers Vaccinated Next Week Could Win $5 Million,” and Kaiser Health News releases a morning briefing of “Who Wants to be a Vaccinated Millionaire?” Is this a good public health strategy?  What started this trend and is everyone doing it? 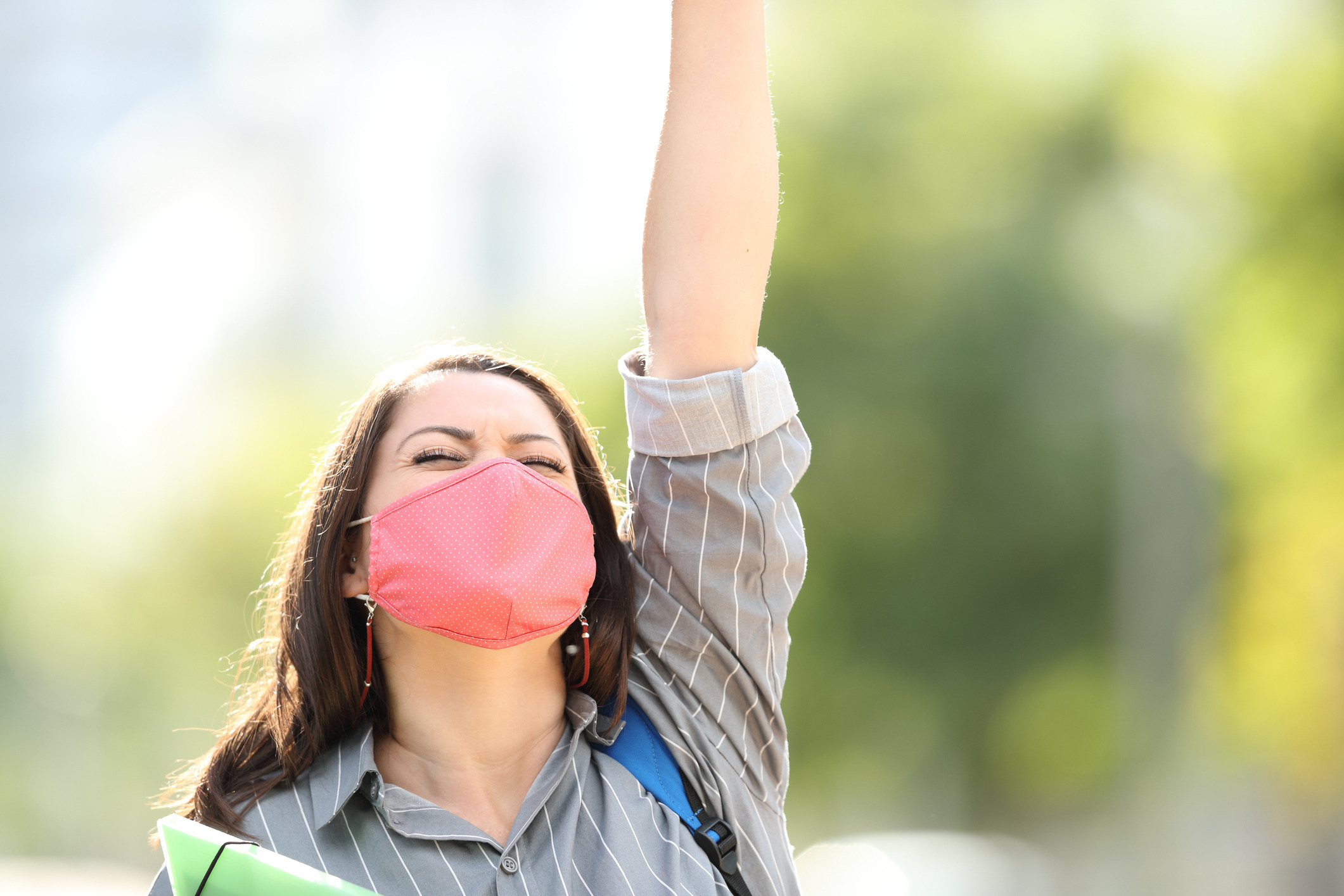 On May 12th, after a drop in Ohio’s vaccination rate, the governor announced a new Vax-a-Million program which would give any adult who receives a vaccine by the end of May entrance into five drawings of $1 million each and any teen entrance into a drawing for four-year tuition, room, and board at any of the state’s public universities. The response? A 28% boost in vaccinations for that week.

This success sparked Maryland, New York, and Oregon to announce their own lotteries in exchange for vaccination. Maryland’s program will run a daily drawing for $40k each and a one-time drawing of $400k for any individual vaccinated at any point (at least one dose of a COVID vaccine). New York’s Vax-and–Scratch program is a weeklong effort where individuals receiving COVID vaccines will get a scratch off ticket with a chance to win up to $5 million[i]. Oregon’s program – the most recently announced – gives all adult residents who received at least one vaccine dose a chance to win prizes ranging from $10k (36 winners) to $1 million (1 winner) along with 5 individuals under 18 being selected to receive $100k each in contributions to an Oregon College Savings Plan[ii].

Will these programs be successful in increasing vaccination rates?

Incentives for receiving vaccines are not new (check here for a listing by state). What is new, however, is the scale of incentive being offered and it is yet to be determined how that will impact vaccination programs in both the short-term and long-term, but we have some conjectures.

Lotteries are receiving a lot of press and being implemented by additional states for the very reason that Ohio saw a one-off success in increased vaccination rates. Frankly, the states that implement these practices are likely to see those same results. There have been several studies conducted on the ability of incentives to change health and prosocial behaviors. In terms of altering health behavior, lessons learned from Kevin Volpp’s study on smoking cessation[iii] and weight loss[iv] and Eleni Mantzari’s meta-analysis on using financial incentives to change health behaviors[v] found that monetary incentives were successful on the margin. When applied to incentivizing vaccination, this means that there will likely be a positive uptick in state’s vaccination rates as those who were leaning towards getting vaccines but had not done so yet will show up to receive their first dose. However, in states that have not announced a lottery yet, there is the strong possibility of decreased vaccination rates until their own lottery is announced, as individuals delay vaccination with the possibility of additional incentive on the horizon.

While states will see this overall trend, these incentives may cause adverse reactions in some individuals. When considering the prosocial aspect of opting into vaccination, a crowding-out effect can occur in which individuals internalize these incentives as signals that the risks involved in getting the vaccine are high thus those in charge must pay individuals to receive them[vi]. While not likely to be a pervasive effect, this is most likely to occur among individuals who already have strong skepticism around the vaccines, and it will solidify their resolve to not participate in the program.

Not so much when looking at the longer-term impacts.

While states will most likely experience overall short-term wins, when examined from a behavioral economics perspective these large incentives are likely to come at the detriment of long-term COVID-19 vaccination programs. Volpp’s[vii] and Mantzari’s[viii] studies also found that once financial incentives are removed, successful behavior change attenuates. This means that unless these lotteries continue to be offered, their presence will also bring a higher rate of individuals not returning for a second dose since that is a longer-term impact and is not a requirement of being eligible for the prize. Further, once the additional money is no longer offered, states will also see the increased vaccination rates cease.

Prosocial behavior research suggests that introducing external motivations for vaccination and then removing them will not only discontinue the increased vaccination rates but will lead to declines greater than what was seen before in addition to hindering future ‘booster’ campaigns if needed. One reason for this is that paying for vaccines reduces image motivation – an individual completing a prosocial behavior so that they are seen as a nice or good [ix] – which once innately sparked some individuals to get vaccinated. The more significant impact results from the framing that these lotteries are now giving vaccination programs. Offering these incentives shifts the framing from social to monetary, which will result in less internal motivation in the future to participate in the same behavior (i.e. a booster shot campaign) [x]. Detracting from the framing of prosocial behavior is especially detrimental in a moment where governors across the country are removing mandates as part of the process to ‘return to normal’ and the general perception is that the threat has receded and the need to do this for society is not as pressing (despite less than half of the country being fully vaccinated).

Overall, as lotteries are offered in more states, the nation is likely to see a one-time increase in vaccination rates among those who were already likely to get the vaccine, while solidifying the resolve of those who were adamantly against the vaccine. These benefits are not likely to carry over to second doses or to booster campaigns and may have negative impacts on the success of these future efforts.

Even if it works in the short-term, is it ethical?

In clinical trial design, institutional review boards (IRB) and other regulators insist on minimal compensation to study participants to prevent situations of undue influence – where “an offer that can’t be refused [is presented] and is strong enough to compel someone to participate even when it’s against their best interests”[xi]. While these vaccines are no longer part of a clinical trial, they are also not approved by the FDA’s traditional standards and are only being distributed under an Emergency Use Authorization.

If an IRB were to review these tactics for compensating vaccine recipients, it is likely that they would not find them permissible (and it would never be legal for a hospital to get volunteers for a drug using these tactics) due to the overweighting of small probabilities theory. In essence, if an individual were to look at the dollar value they are being offered or the actual chance of winning, they would see that it is minimal. However, psychologically speaking, individuals focus on the size of the potential prize and that is enough to provoke participation[xii]. Therefore, despite the monetary value being minimal for most participants, the psychological interpretation could be enough to present a situation of undue influence.

This issue becomes especially important to consider given the health equity concerns we are seeing in the United States – the lowest-income neighborhoods are often experiencing the lowest rates of vaccination and typically coincide with where underrepresented minorities (URM) reside in greater proportion. While the reasons are complex, URM also have some of the highest rates of vaccine hesitancy, fear, and mistrust[xiii]. As a result, these lotteries are offering large sums of money to individuals who do not believe the vaccine is in their best interest, but also to whom these sums of money are relatively more valuable.

These lottery incentives would not be approved if the vaccines were still in the clinical trial phase of production. They would also not be utilized by health care providers to induce upticks in the acceptance of other medical interventions. Yet in the EUA middle ground that COVID vaccines are in, they are being readily deployed and accepted as a good idea? Organizations like the NIH and CDC have guided the United States through unprecedented times, providing input on tactics and protocols that have not been considered or utilized before. While less traditional of a topic for these groups, this is a case in which experts from these bodies (as well as others) are needed to weigh in and advise on what practices will best protect the nation.

While states are quickly jumping on the bandwagon of offering lotteries to increase falling rates of vaccination, the decision should not be taken lightly. States and other institutions considering these large incentives should consider the following before proceeding with the offerings: